When Rocks Are Not “Just” Rocks! 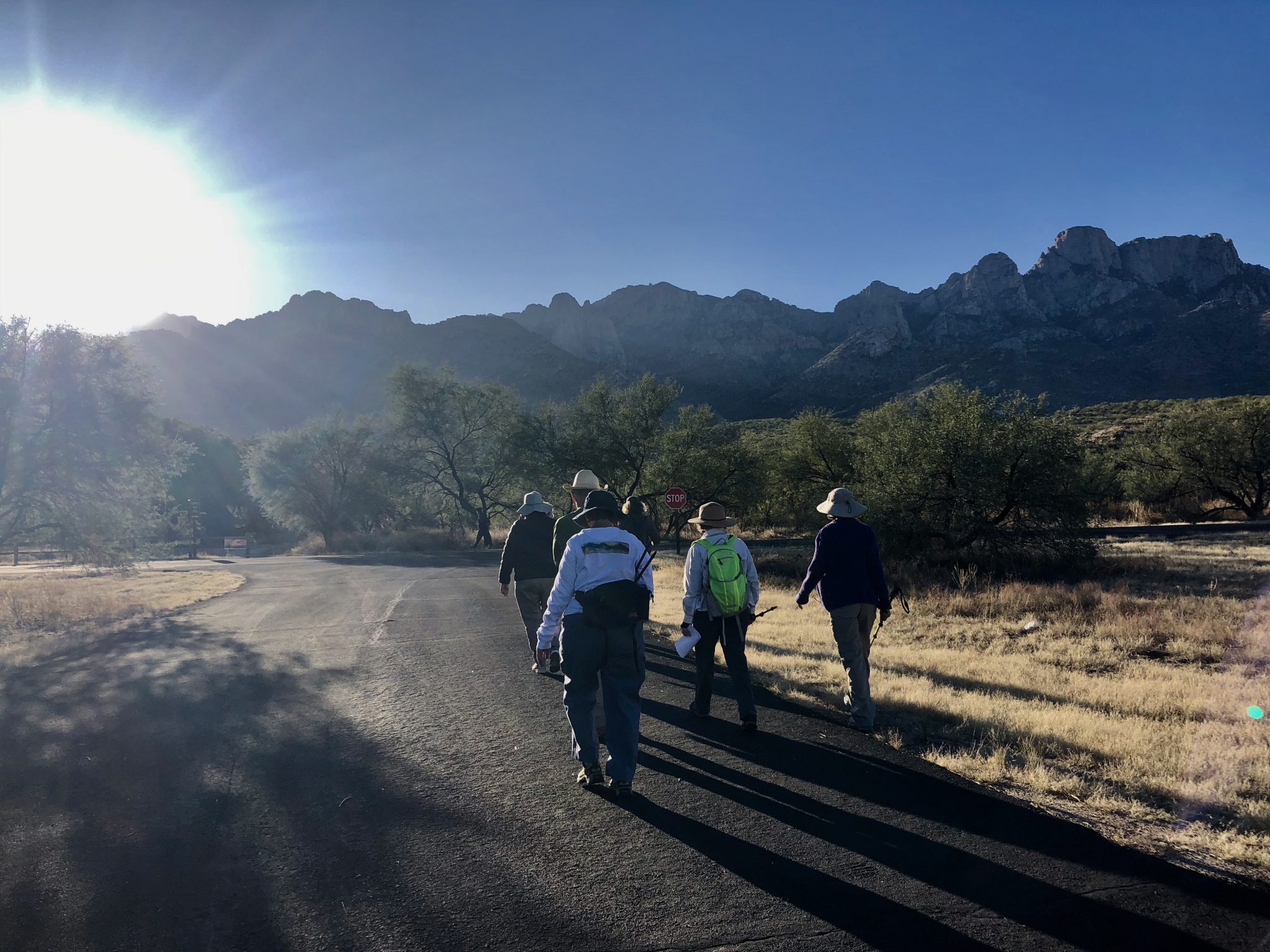 What a great morning it was for a hike!  How many times have you walked over a pile of rocks and had no knowledge of their history?  Local author and historian, Jim Williams, led a tour of sites in Catalina State Park; Romero Ruins and two other homesteader foundation sites…some of them now just a pile of rocks. 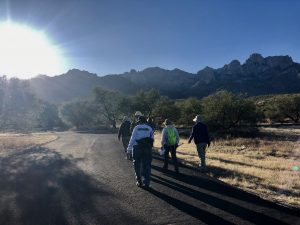 On the first part of the hike, Jim gave a history of the Hohokam archeological site and its connection with the Francisco Romero homestead of 1869.  He pointed out the  border wall of the Hohokam village that actually crosses the trail path and the remaining ruins of the Hohokam/Romero buildings. Jim is a wealth of knowledge and gave a broad overview of the history as well as interesting little known details. 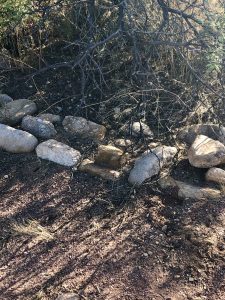 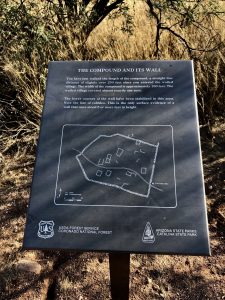 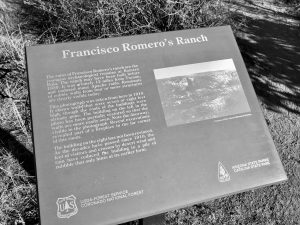 The group then moved to another location of the park that was the 1940 property of Margaret Love.  A teacher at The Arizona Desert School for Boys, Margaret lived in the 600 sq. ft. home and employed local legend, Buster Bailey, as a handyman until he was drafted for the war effort.  There is still evidence of the foundation as well as a trough engraved with her name and dated 1940. 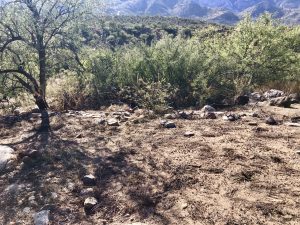 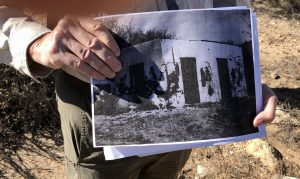 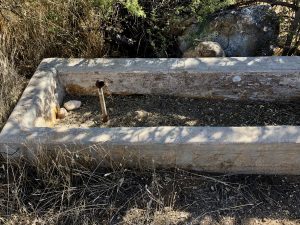 Trough on property of Margaret Love home
circa 1940 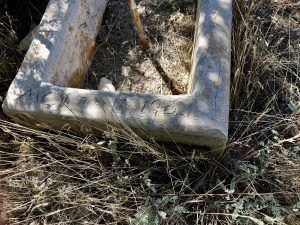 Further along the trail we passed the homestead of Homer Magee.  Homer, a veteran of WWI, was able to get a deed to the property in 1937 in rather quick fashion due to his military service. The homestead included 650 acres.  There is a clearing near the Birding Trail that may have been the location of the home.  A huge tamarisk tree (not native to the area) is also a locator for the homestead site.  Off the beaten track you can see a water trough used during the tenure of Homer’s homestead.  Homer, a machinist by trade, established a machine parts company in Tucson.  After leaving the homestead, Homer and his wife, Mabel, lived in the Tucson area.  Homer died in Tucson in 1982.  And no, Magee Road in not named after this “Magee”. 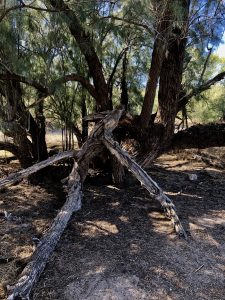 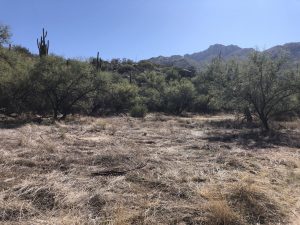 Clearing of one time corral site of Magee homestead

A BIG THANK YOU to Jim Williams for taking the time to lead the hike and to Sue Chambasian for organizing the details.